The Commercial Real Estate Certificate program was designed to bridge the gap between standard pre-licensing education and commercial designations, and provide an entry-level look at the commercial real estate industry. This program offers a comprehensive curriculum spanning the industry, and is ideal for professionals new to/wanting to begin their commercial real estate career or even seasoned individuals looking for a refresher.

Courses are open to anyone, but those wishing to complete the certificate program must meet the following requirements:

In addition to counting toward the certificate’s completion, each course qualifies for two hours of continuing education for Indiana licensed brokers. The 2 day program will be offered in a spring and fall session.

No classes currently scheduled, please check back soon for updates.

Employed in real estate since 1984, Stan has worked in many facets of the industry including the management of brokerage, property management and development firms, land sales and acquisition, commercial land development, investment property brokerage and legal, property tax, marketing and facility planning consulting.

Stan holds a law degree from Indiana University School of Law and a Bachelor of Arts from the University of North Carolina.  Licensed in Indiana to practice real estate, he received his CCIM designation in 2011.  He has been involved in many prestigious projects throughout the state and is actively involved in local civic and volunteer organizations. 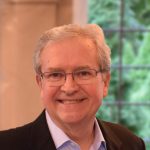 Randy is proud to have been the founder of Don R Scheidt & Co., Inc. and guided that firm for over forty years. Don R Scheidt & C., Inc. continues to specialize in valuation chiefly within Indiana and other market areas upon client request.
Randy has served on the Education Committee of the Appraisal Institute from 2014 through 2017. He was selected by the Hoosier State Chapter of the Appraisal Institute in in 2018 the Richard E Nichols Lifetime Achievement Award and in 2017 the Edward L. White Achievement Award. He served as the 2014 President of the Hoosier State Chapter and was elected in 2015 by the HSC as its Representative of Region V of the Appraisal Institute for 2016 and 2017. Randy holds the MAI Designation from the A.I., awarded in 1980. He is an instructor for some of its courses and seminars and has served on the A.I. Government Relations national committee in 2009 and 2010. Additionally, as of September 2019, Randy was awarded the Certified Distance Education Instructor by the International Distance Education Certification Center through August 2022. He is an AQB certified USPAP instructor for The Appraisal Foundation.

Randy will be serving in 2020 on the Broker Engagement Committee. He was appointed Chair of the Strategic Thinking Advisory Committee of the National Association of Realtors (NAR) for 2017 after serving on said committee since 2013. He was Chair for the Strategic Thinking Forum in 2017 as well. Randy also was appointed to the NAR Finance Committee for 2017. He served as 2012 Chair of the Commercial Committee and the 2010 Chair of the Legislative and Regulatory Sub-Committee of NAR. Randy also served on the NAR Realtors Property Resource, LLC Advisory Council for 2016 through 2018.

Randy was re-elected for a three-year term (2017-2019) to the Executive Committee of the Indiana Association of Realtors. In 2018, Randy was nominated by IAR and approved by NAR to be the Federal Political Coordinator (FPC) for Congressman Greg Pence. Randy also served as past Chair of the IAR Public Policy Committee from 2011-2013. He is currently serving as a trustee on the IAR Realtors Political Action Committee. He was Chair of this committee in 2011.
Randy will be the Chair of MIBOR Economic Development Council in 2020 and has been active since 2015. He was awarded one of the two MIBOR 2017 Distinguished Service Awards at the January 2018 Foundation Ball. He was President of the MIBOR Realtor Foundation in 1996 and has served on the Finance and Endowment Committees of the Foundation as well. Randy and his wife, Jill, have established a Donor Advised Fund with the Foundation. He has been a major investor of the MIBOR RPAC fund drive for many years.

Randy was awarded the CCIM designation in 1988. He has served on the Strategic Planning Committee as well as served (2008-2013) as a Director of the Education Foundation of the CCIM Institute. He served on CCIM’s Board of Directors in 2007. Randy completed the Jay W Levine Leadership Development Academy in 2004. Randy was a member of the Royal Institution of Chartered Surveyors (RICS) from 2009-2018 and achieved the Fellow designation for RICS in 2010. Randy has been active for ICBR as an instructor for many years as well as been selected by ICBR to present programs or serve on panel discussions for the annual ICBR Conference. He served as President of the Indiana Commercial Board of Realtors in 2003 and was named ICBR’s Realtor of the Year in 1997. He has also represented the ICBR as a Regional Vice President to the Indiana Association of Realtors from 2003-2009. Randy received the Realtor of the Year award in 1983 and the Lifetime Achievement award in 2008 from the Columbus (Indiana) Board of Realtors. 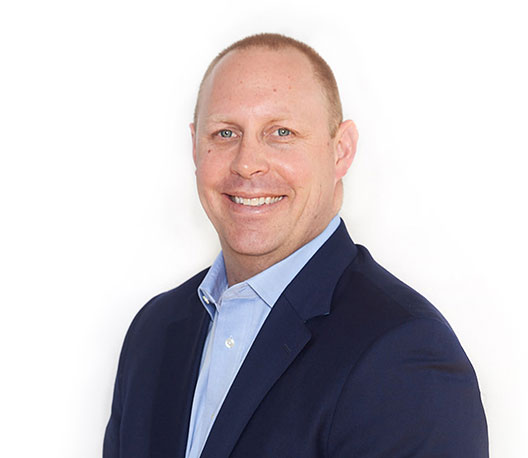 John Randall joined Live Oak Bank as a Senior Loan Officer in 2018. John has been lending to small businesses for 17 years and has funded over $375,000,000 in business loans. His areas of expertise include business acquisitions, partner buyouts, owner-occupied commercial real estate and franchises. His underwriting, portfolio management, and credit-decision making experience provide John a unique perspective in the lending business.

John serves numerous community organizations including Habitat for Humanity, Red Cross, the Indiana Leadership Forum, Northview Church and Crown Financial. He was recognized in 2010 with a National Volunteer Award from Wells Fargo, and was selected to the Indianapolis Business Journal’s 40 under 40 list. In 2011, he was named one of Indianapolis’s 100 Best and Brightest by Junior Achievement. John lives in McCordsville, Indiana, with his wife and two daughters. He enjoys spending time outdoors, shooting sporting clays, and wine making.

Dee Headley, CPM, CCIM is a Senior Vice President with Cushman & Wakefield, AMO, in Indianapolis, IN.

Headley is responsible for over 5.6 million square feet with property values in excess of $400 million. Her account management responsibilities include oversight of a team of managers supporting more than 26 clients and over 50 buildings. These managers handle day-to-day operations, tenant improvements, capital improvements, financial reporting, and lease and contract administration. In addition to these responsibilities, she also implements new business development with a focus on retail and facility assignments. She has been in management for over 30 years.

In addition, she has held local, regional, and national leadership positions with IREM, including Past President of IREM’s Indianapolis Chapter in 2009, National Student Outreach Vice Chair in in 2013 and was a Regional Vice President from 2015-2016. Headley is a licensed real estate broker in Indiana, and is a member of BOMA, CREW, ICSC, IACR and CCIM. She holds a CPM designation and a CCIM designation.